Native American artifacts abound in the Pine Bush at many sites. Over the years, many have been found, including this stone wood scraper used for hollowing out wood for such things as dug-out canoes. However, little or no excavation or reasearch has been done on these sites. This artifact was found by John Wolcott in Guilderland. 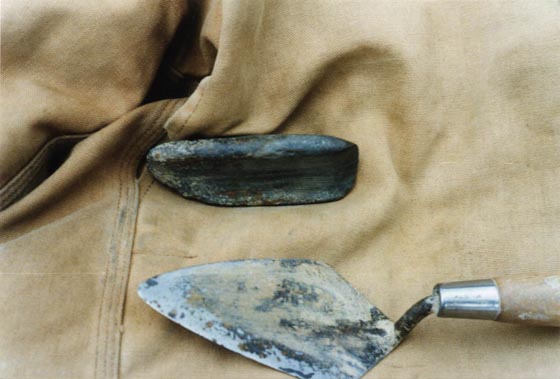 Back to Exhibit Index

Page written and maintained by Save the Pine Bush Volunteers