On Saturday, September 29, I participated in Save the Pine Bush’s first ever bicycle ride to the Pine Bush, led expertly by Steve Redler. The two of us rode on this glorious morning to the Pine Bush. It took us about an hour to leisurely pedal to the Discovery Center on back roads.

I was astonished at the Discovery Center. It is absolutely beautiful. It is gorgeous. When you first walk in, you are greeted with beautiful paintings of the Pine Bush, huge flying sculptures of Karner Blues, and a life-size pitch pine tree hanging from the ceiling.

There is information about the Pine Bush everywhere, from fires, to critters who live there, to how deep the glacier was over Lake Albany. The exhibits are inter-active – I just wanted to touch everything.

The Discovery Center is a tremendous resource. It is a great place for children, but has so many interesting things, adults will enjoy it very much and learn from it too.

Mike Venuti, director of the Discovery Center, greeted me when I came in. He was gracious and welcoming, and made me feel like I belonged there. He directed me to the video clip exhibit.

I will admit that my favorite part was watching videos of people talking about the Pine Bush. Of course, I had to look at the video made by the Commission staff of me last winter. It did not come out too bad.

There is only one short-coming: there is no exhibit on the tremendous struggle for the Pine Bush preservation, the battle between the citizens and the government.

A benevolent and caring government did not one day decide to preserve the Pine Bush. The people struggled against the government to make it happen. Preservation of the Pine Bush was battled out in court, with just ordinary citizens, upon seeing the injustice in the destruction of such a beautiful place, hired a lawyer and commenced to spending 30 years suing various municipalities. This is a battle that continues today, with the continued tremendous threats to the very survival of the Pine Bush.

Some members of Save the Pine Bush were persecuted by the government for their involvement in trying to save the Pine Bush. People lost their jobs. Volunteers were made to feel afraid for standing up for doing what is right.

It is extremely important to acknowledge the public struggle to preserve the Pine Bush. Thousands of children will visit the Discovery Center every year. If they are left believing that the government is benevolent and will automatically protect ecosystems, the children have been lied to. How will the children know that it is only through public advocacy that land is ever protected? How will they be empowered to go out and advocate for protection of their environment?

The next generation of children will see environmental devastation on a scale that we cannot envision. Global warming will significantly affect their lives. Children need to be taught to go out and advocate for protection of the environment because their lives may depend on it.

Teaching the struggle that took place (and takes place today) between the people and the government is telling visitors to the Discovery Center the truth.

Painful as it may be for the Commission to acknowledge the truth of the origin of the Commission and the Discovery Center, it must be done. Children (and adults) need to learn that it is possible to make significant change in our world, even if the government does not want to change.

The Discovery Center is a wonderful place. I highly recommend everyone go visit. It just needs one very important addition: an exhibit on the battle between the citizens and the government to protect the Pine Bush.

FYI, the Bike Route: We began at Westlands Hills Park on Colvin Ave. We pedaled through the park, took side roads to Frost Place and Central Ave. Then, we biked the wrong way on the sidewalk of Central Ave (very dangerous) to take Yardboro Ave. to the end, at which point, we got off our bikes and walked through Pine Bush sand along the railroad line. We came out at Fuller Rd., road the bike path through Six Mile Waterworks, came down Rapp Road to Washington Avenue Ext. We pedaled just a bit on Washington Ave. Ext. to get on the parallel service road, which we rode to nearly the end. At that point, we dismounted and pushed our bikes up the embankment to the intersection of Washington Ave. Ext and Rt. 155. We rode on Rt 155 to the Discovery Center.

We returned nearly the same way, except we road further on Fuller to Railroad Ave. which we took to Central.

Published in the Oct/Nov 2007 Save the Pine Bush newsletter 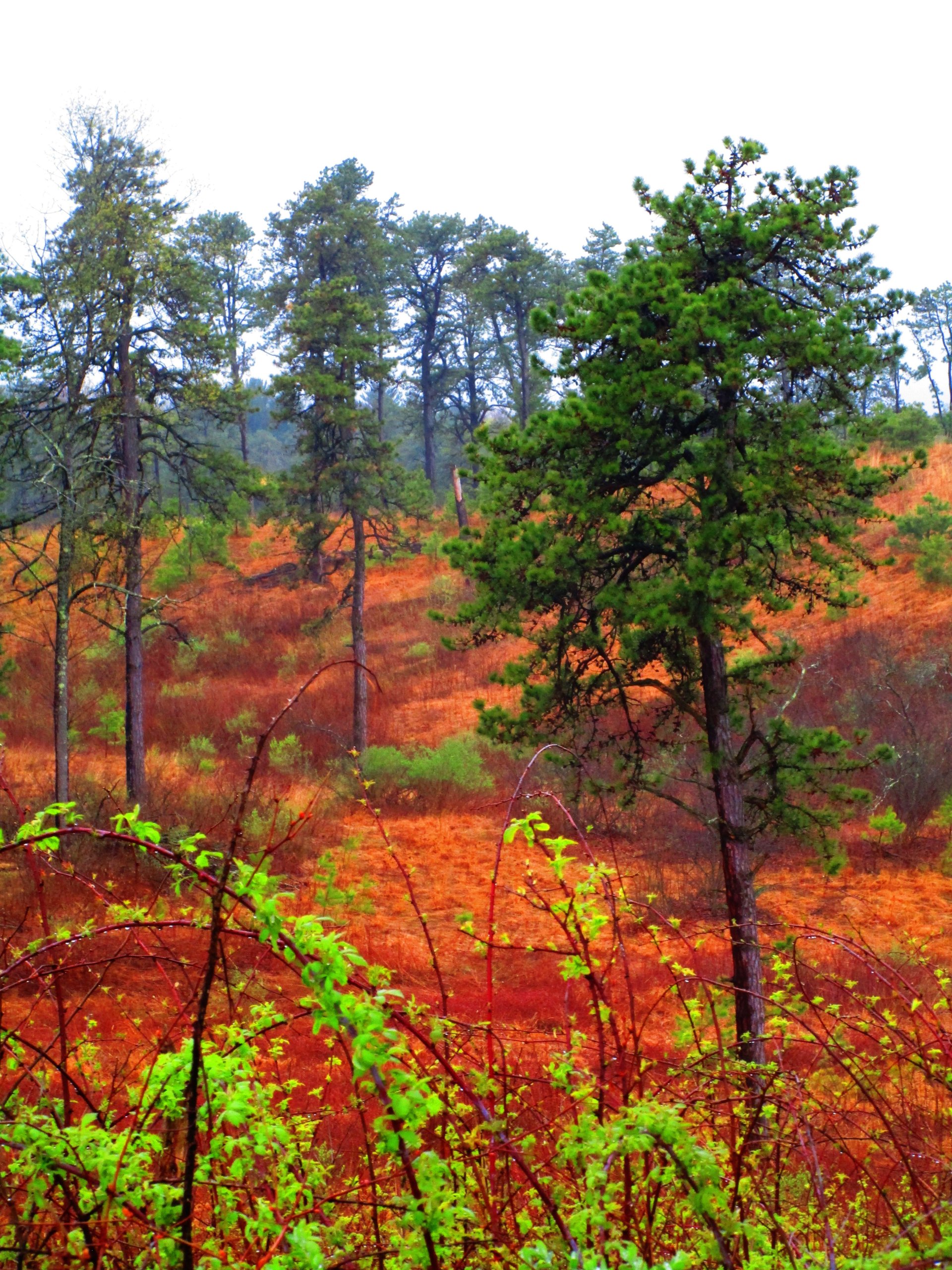