Earth Day Season began with a Teach-In by the Black Caucus of PEF (Public Employees Federation) at the Albany Public Library (on April 16th) about the environmental injustice done to the Sheridan Hollow community in Albany, NY. Sheridan Hollow is named for its location down a ravine that’s across the street from the State Capitol, centered along Sheridan Avenue. It also has a history of being Albany’s energy producer, having begun producing energy by burning coal at the 79 Sheridan Avenue Plant in 1911.

Thus began Mert Simpson (Albany County Legislator) giving a history and context of the current plan to outfit the site with two new fracked gas turbines which would be online constantly, burn more fuel, and produce more emissions. It turns out that in it’s century long history, this site has burned coal, oil, natural gas, garbage (incineration) and fracked gas for steam. It has been the subject of successful lawsuits to try to compensate the community for the outbreaks of asthma, COPD, cancer and other environmentally linked conditions.

Mert Simpson describes Sheridan Hollow’s position as a testimony to “energy segregation” in Albany between those who produce energy and those who demand that energy.

Keith Schue, a technical advisor to Sheridan Hollow Alliance for Renewable Energy (SHARE) gave the technical details of the plan the community opposes; George Benson of the NAACP gave a good talk about the position of the African-American community with respect to environmental crime and Jay Egg joined us remotely to give us a vision of geothermal replacing dirty energy infrastructure. Finally, Mark Dunlea, of the Green Legal and Education Fund, educated workers and the community about divestiture from fossil fuels, announcing that trillions of dollars has been removed from the fossil fuel economy through his five years of work on the issue. PEF is invited to participate in pension fund divestment.

Save the Pine Bush donated funds to provide food for the event and environmentalists, union members and Sheridan Hollow Community members all were in attendance. We are looking forward to hearing more from PEF on what labor will do to protect workers and residents from these proposed turbines.

While there were too many wonderful Earth Day events to count, the day after Earth Day (Monday, April 23rd) was extremely moving. 2000 marchers from all over the state gathered at the Sheridan Hollow Plant and marched to the Capital chanting “Oh-ho Cuomo, Walk the Talk; the wisdom in the Rivers cannot be bought; Oh-ho Cuomo, Walk the Talk, the Power of the People cannot be stopped.” Cuomo was beseeched to come up with a plan to transition the state to 100 percent renewable energy as soon as possible while also demanding to stop subjecting Sheridan Hollow, Wawayanda (CPV plant), and Dover, NY (Cricket Valley Energy Center) to fracked gas infrastructure. The people are united in wanting New York State to stop burning the very fuel it will not permit to be mined in NYS because of its dangerousness.

At the end of that glorious unity with busloads of support coming in from Rochester, Buffalo, New York City and beyond, all committed to ending environmental injustice — there was a soulful action win which 55 people, including our own dear friends Mark Dunlea, Howie Hawkins, Kim Fraczek and Jeanette (a kayaktivist with PAUSE), were arrested for blocking the hallway outside Cuomo’s office. While local press gave little news coverage to this amazing display of good organizing, choreographed action, theatre and unity, 350.org and stations like WHMT are reporting on what we did, letting the international community know that fossil fuel resistance is growing in New York State.

Pictures of the event by Erik McGregor (who kindly gave permission for us to use these.) 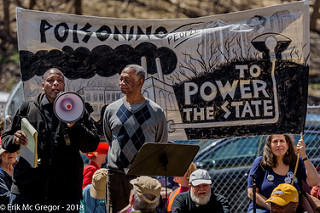 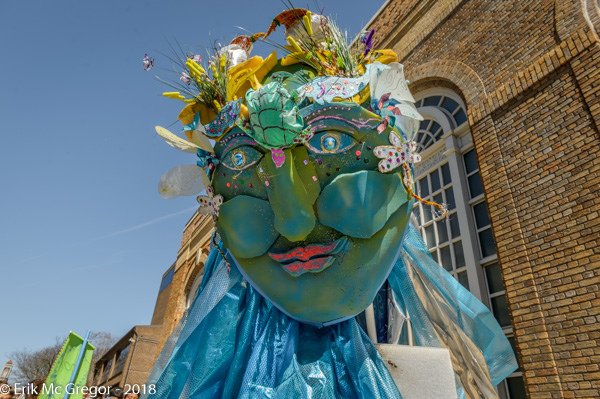 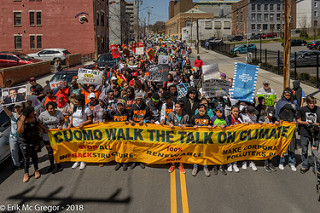 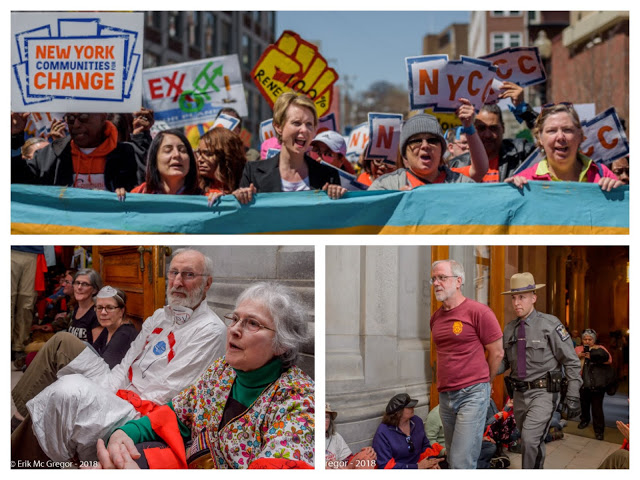 Published in May 2018 Dinner Annoucement
Save the Pine Bush Newsletter