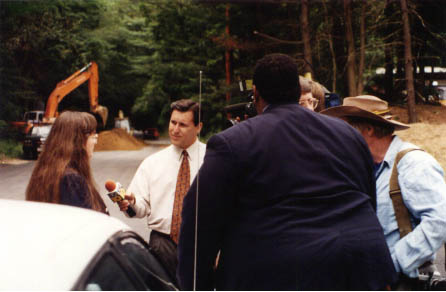 Usually, TV stations do not cover Pine Bush issues very often. One reason may be that Save the Pine Bush is victorious when
“nothing” happens (i.e. nothing is built). For example, a huge
housing development is approved. Save the Pine Bush sues the
municipality and wins. The land is then purchased for preserve. Save the Pine Bush has another victory, yet the landscape has
remained the same. Thus, the TV has nothing to take pictures of
except trees that have been standing in the same spot for decades.